Testosterone and DHT:
the Facts

Testosterone and DHT are wrongly blamed for prostate problems (and for thinning hair in both men and women as well).

If you do a search, you will find countless articles saying the hormones that support male (and female) vitality, libido, sexual function, confidence, drive, strong beautiful skin, optimism and athletic prowess are all wrong for us!

You will find Saw Palmetto, pumpkin seed extract and other herbs that block DHT, the ACTIVE form of Testosterone touted as preventing prostate enlargement and baldness.

Below are some Medical Studies that prove how vital Testosterone and DHT are and how 5-alpha reductase inhibitors that prevent Testosterone from conversion to DHT (the active form) can damage health! 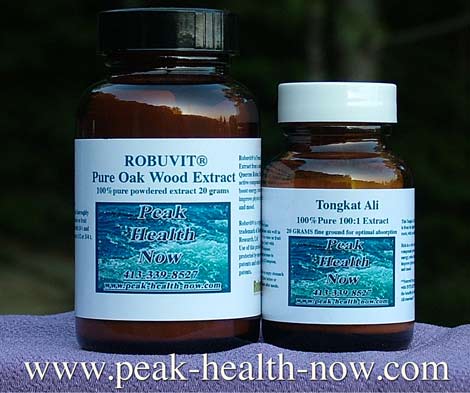 Testosterone and DHT are the subject of a vast amount of misinformation, mostly designed to sell drugs such as Finasteride, which often have serious, typically permanent side effects. This misleads men (and women) who could REALLY benefit from knowing the truth.

One thing I've learned is that most research is not to be trusted. It is usually funded by companies that have billions to spend on it, and stand to make many more billions if the research results say what they want it to say - usually about a new drug. The scientists hired to do the research are often fired if the results don't toe the line, and ostracized (or worse) if they dare to go public with information that makes the proposed product look bad.

Then this unopposed 'research' is parroted by numerous writers of internet articles, wanting to be seen as knowledgeable, misleading untold numbers of readers like you, who simply want to know the truth. I was one of those writers - who is now admitting to having been wrong.

Testosterone and DHT:
NOT to Blame
for Prostate Problems

They are also blamed for baldness and prostate cancer. NOT SO!

Testosterone is the precursor for DHT, the ACTIVE form of T.

Most articles you find on prostate swelling and inflammation place the blame squarely on DHT - Dihydrotestosterone.

Testosterone that is NOT converted to DHT doesn't do much of anything! It is, however, credited with somewhat supporting muscle growth. Most people, including myself until recently, don't know that!

Under the wrong conditions (poor sugar handling, too many carbs, stress, exposure to xeno-estrogens, toxins in the body) - T easily converts to Estrogen!

Too much Estrogen and too little Testosterone and DHT is behind enlarged prostate problems and weakening libido, lack of muscle strength, poor sexual performance and cognitive problems as well!

Most people do not know that DHT, unlike Testosterone CANNOT be converted into harmful estrogens, especially estrone! For this reason, DHT is MORE reliable than Testosterone for positive benefits of enhancing libido, mood, sexual function and athletic capabilities!

5-alpha reductase is the enzyme that converts Testosterone to DHT. This enzyme, so essential to male (and female) vigor - is the one that is inactivated by Saw Palmetto, phytosterols and pumpkin seed extract!

In fact, the only claim to fame I can find for Saw Palmetto is that it interferes with the function of 5-alpha reductase!

With rare exceptions (perhaps PCOS in women), taking Saw Palmetto, phytosterols and/or pumpkin seed extract is to my mind in essence a form of castration!

Testosterone and DHT:
Supplemental T Can Lead to the
Opposite of Intended Results!

The above explanation leads to - why a man on TRT - Testosterone replacement therapy - can have a total T reading of 1000 and NO increase in energy, strength, mood, libido or sexual prowess! It is DHT that powers those benefits!

In fairness, I have talked to a couple of men who feel TRT is a plus for them. But the vast majority of men telling me about their TRT experience did not share that view.

Additionally, men on TRT risk a MASSIVE increase in estrogen. Why? Because all that extra T easily converts to estrogens! Besides genital shrinkage, emotional volatility due to difficulty in regulating supplemental T, and risk of permanent inability of the body to ever produce its own T, the risk of excess estrogen is enough reason to think twice!

Did you know that the idea that DHT causes prostate problems and hair loss is fallacious? The exception is men who have grossly high DHT combined with too much estrogen. But for most men, DHT helps keep them young and healthy. More DHT is why the younger guys (assuming they are healthy, which is becoming less common than in years past) have less prostate issues, less baldness, higher libido, better sexual function.

DHT actually PROTECTS men (and women) from excess estrogen - an important function that keeps us vital, energetic and ambitious even as we get older!

The ways DHT protects from the deleterious effect of too much estrogen are as follows:

3 - DHT influences hypothalamus and pituitary to decrease secretion of gonadotropins. This decreases raw materials in the body can turn into estrogens. 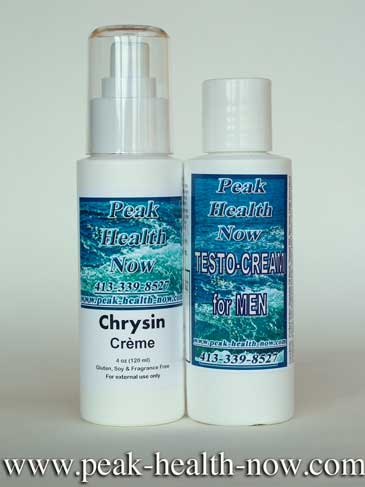 DHT is Safe and Supportive of
What Makes You a Man!

Interestingly, DHT cannot be converted to estrogen, whereas Testosterone (and androstenedione) CAN!

If conditions are not ideal, men on TRT (Testosterone replacement therapy) commonly convert much of their supplemental Testosterone to ESTROGEN! This alone leads to even greater loss of manhood! Shrinking gonads, lack of drive, gynecomastia (man-boobs) are common side effects of supplemental TRT converting to estrogen.

Some transdermal forms of TRT claim to convert to DHT when applied to the skin. I am skeptical about that. I have heard too many comments to the contrary from men actually using such products.

DHT-lowering drugs, purported to solve prostate and baldness issues, can permanently damage a man's ability to convert Testosterone to its active form. Which translates to low energy, lack of sex drive and functioning, depression, etc. - BEWARE!

Companies which developed DHT-lowering drugs like Proscar and Finasteride promoted the myth that DHT was the culprit to sell drugs. This was done through so-called 'research' that 'proved' that DHT is the problem. DHT is NOT a cause of prostate issues. This myth has robbed more men of masculine vitality than I care to think about!

Take a look at really healthy younger men (of whom there sadly are far less than there were some decades ago). I'm talking about the ones with healthy masculine vitality, confident, physically fit and trim, and emotionally resilient, notable male characteristics, strong libido and sexual endurance not propped up by drugs.

Have you noticed that younger guys usually have less baldness AND healthier prostates than older guys? More Dihydrotestosterone is the reason.

As these healthy males grow older, much of that Testosterone still could get converted to estrogen compounds if they are doing the wrong things; gaining fat, drinking alcohol, using prescription or non-prescription drugs, putting up with too much stress (the resulting cortisol spike knocks down T), eating much in the way of carbs.

NOTE: Carbohydrates in diet are not only not needed for optimal health, they INTERFERE with it.

ALL carbs cause inflammation, fat gain, and cause or aggravate just about every health problem (cancer, arthritis, cardiovascular decline, brain function, etc.).

If body fat ratio increases, that alone raises estrogen because excess fat produces excess estrogen. Too much estrone and other estrogens are the REAL cause of prostate problems.

Did you know that ALL carbs are inflammatory? That's right - and inflammation is a big part of prostate issues. Take a look at my article on Ketogenic Diet for healthy suggestions.

Nutrients like zinc are vital for prostate health, so a well-thought-out supplement program is also important.

Testosterone and DHT support for MEN

Testosterone and DHT support for WOMEN

Peak Health for Men and Women 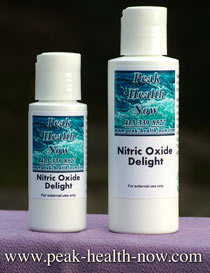 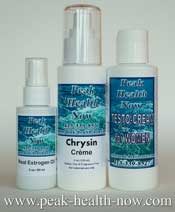