Montiff Neuro-Balance is a precursor to neurotransmitters Dopamine, Norepinephrine and Epinephrine. Montiff is the premier company for the absolute highest quality and potency Amino Acids and other ingredients - and expert formulation of every product.

It is recommended for improving chemical imbalances of the brain due to catecholamine deficiencies associated with depression, stress, mood swings, and drug withdrawals.

Did you know that low levels of Tyrosine are directly related to depression?

The special Tyrosine complex in this formula, N-Acetyl-L-Tyrosine has been shown by research to rapidly and effectively cross the blood-brain barrier, increasing the therapeutic power of this formula.

You may be interested to know that some of my clients feel more benefit from Montiff Neuro-Balance than from the organic Mucuna Pruriens powder I provide which actually contains L-Dopa. L-Dopa is the direct precursor to Dopamine, which not only helps improve mood and energy but also supports healthy Testosterone levels.

This superb formula is a staple supplement in my own protocol!

RECOMMENDED FOR: Improving chemical imbalances of the brain due to catecholamine deficiencies associated with depression, stress, mood swings, and drug withdrawals.

• Tyrosine is an amino acid, which is made in the body from Phenylalanine.

• It is the precursor to neurotransmitters and helps elevate catecholamines safely and effectively.

• The biochemical conversion of Tyrosine is to Dopa, then Dopamine, Norepinephrine and Epinephrine.

• Pyridoxal 5”Phosphate (P-5’P, the active form of B6) is essential for the conversion of Dopa into catecholamines.

• Low levels of Tyrosine in the blood show a direct correlation to depression.

• Supplementation with Tyrosine has been shown clinically effective in the treatment of depression associated with catecholamine deficiencies.

• Tyrosine also has an effect on Thyroxine levels and is involved in adrenaline and energy production.

WHY IS N-ACETYL- L-TYROSINE INCLUDED?

N-Acetyl-L-Tyrosine is a special Tyrosine chemical complex. Research indicates that it crosses the blood brain rapidly, and including this improves the effectiveness of this formula.

Montiff Neuro-Balance: What it Does...

• Low levels of Norepinephrine (NE) are associated with depression, and have correlated to low levels of Tyrosine in the plasma.

• Supplementation with Tyrosine has been proven effective in raising the plasma levels of Tyrosine, and has been clinically effective in the treatment of depression associated with catecholamine deficiencies.

• Many studies substantiate the effectiveness in use of Tyrosine with depressed individuals.

• Reduced catecholamine levels have been associated with behavioral changes related to stress.

• Tyrosine supplementation has resulted in decreased anxiety and improvement in mood.

• Tyrosine supplementation has also resulted in increased ability to concentrate.

• Other symptoms of stress, such as headache and muscle discomfort have been reduced after supplementation with Tyrosine.

• The chronic use of cocaine reduces Dopamine (DA) and Norepinephrine (NA) metabolites, interfering with the catecholamine biochemistry in the brain and causing a chemical imbalance.

• Tyrosine levels are measurably low on those addicted to cocaine and supplementation with Tyrosine improves catecholamine biochemistry and assists in decreased symptoms of withdrawal.

• Narcolepsy is a disorder causing a sudden urge to sleep.

• This disorder is associated with a Dopamine abnormality.

• The precursor to dopamine is Tyrosine, and studies support the benefits of Tyrosine supplementation for this condition. Some research indicates B- 6 may reduce positive results in this disorder, therefore, Montiff Pure Tyrosine may be considered as an alternative to Neuro-Balance.

• Montiff uses only the highest quality amino acids, including L-Tyrosine and N-Acetyl-L- Tyrosine.

• N-Acetyl-L-Tyrosine crosses the blood barrier quickly, and is included in this formula for fast assimilation and increased effectiveness.

• Pyridoxal 5’ Phosphate is necessary for the proper conversion into catecholamines, and it is included in the formulation of Neuro-Balance.

• Neuro-Balance is encapsulated for quick digestion and assimilation.

• Desiccant pads are included in this and all Montiff’s products to insure freshness.

Tyrosine is a natural amino acid and has been safely used for over 20 years with no adverse side effects; however, **Tyrosine should not be used by individuals on MAO inhibitors or those with melanomas (since Tyrosine is involved in the production of melanin).** REFERENCES

Neuro-Balance: This blend of L-Tyrosine, N-Acetyl L-Tyrosine and the active coenzymatic form of B-6 (Pyridoxal-5-Phosphate) acts as a Catacholamine precursor in a way that many people can feel. Helps to facilitate Dopamine providing more energy, mental clarity and improved mood.

The Food and Drug Administration has not evaluated any of the statements on this website. Products offered on this website are not intended to diagnose, treat, cure, or prevent any disease. The information presented on this site is provided for informational purposes only; it is not meant to be a substitute for medical advice or diagnosis provided by your physician or other medical professional. If you have any health problem, please consult with a physician or health care provider before using any natural products. Peak Health Now and/or its product suppliers assume no liability for any injury, illness or adverse affects caused by the misuse and/or use of the information or products presented on this website. 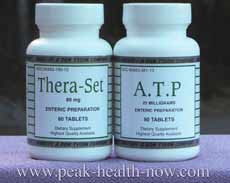 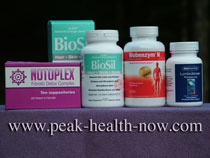 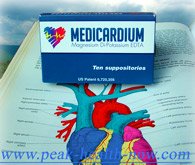 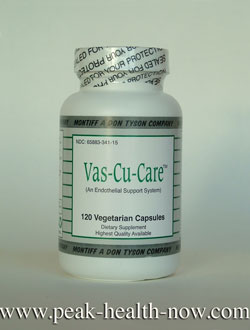